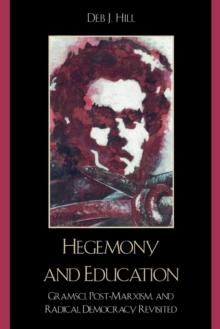 Hegemony and Education is written in opposition to the displacement of hegemony by recent post-Marxist scholarship from the historical materialist foundations that underpin Antonio Gramsci's own distinctive usage of the concept.

The study centers upon the inevitable loss of the nuances of hegemony as a concept that highlights the problem of the pathological reach of a capitalist epistemology and ontology upon human identity.

Author Deb J. Hill argues that it was precisely the impress of capitalism's economic and extra-economic aspect upon humanity's own cognitive and moral capacity_upon its relational and valuational capacity_that Gramsci's writings attempted to articulate.

In this respect, Gramsci differentiated himself in Marxist circles by the depth of his insights into Marx's historical materialist method and the practical reasoning that this methodology simultaneously engendered.

As Hegemony and Education reveals, Gramsci's entire written legacy reflects his historical materialist allegiance: the problem of 'education' as no less than the educative-formative problem of practical reasoning. 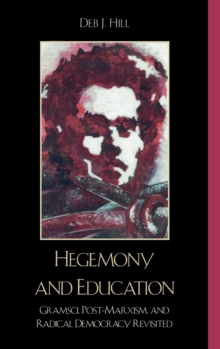