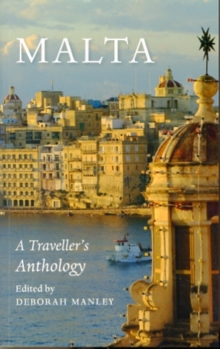 Few countries are as marked by their history as the Maltese islands of Malta and Gozo.

Each period of Maltas turbulent historynot least its heroic role during the Second World Warhas added to its rich cultural fabric.

Deborah Manleys selection of extracts reveals how generations of writers have viewed the landscapes of Malta and Gozo, the people of the islands, the splendours of Valletta and its famous harbour, and the celebrated festas, the village festivals that celebrate the islands Catholic identity.

An introduction places these extracts in context, while the anthology also considers how Maltese writers have imagined and depicted their homeland.