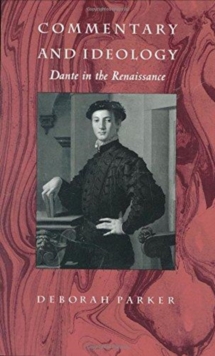 Commentary and Ideology : Dante in the Renaissance Hardback

Dante's Divine Comedy played a dual role in its relation to Italian Renaissance culture, actively shaping the fabric of that culture and, at the same time, being shaped by it.

This productive relationship is examined in Commentary and Ideology, Deborah Parker's thorough compendium on the reception of Dante's chief work.

By studying the social and historical circumstances under which commentaries on Dante were produced, the author clarifies the critical tradition of commentary and explains the ways in which this important body of material can be used in interpreting Dante's poem. Parker begins by tracing the criticism of Dante commentaries from the nineteenth century to the present and then examines the tradition of commentary from the Middle Ages to the Renaissance. She shows how the civic, institutional, and social commitments of commentators shaped their response to the Comedy, and how commentators tried to use the poem as an authoritative source for various kinds of social legitimation.

Parker discusses how different commentators dealt with a deeply political section of the poem: the damnation of Brutus and Cassius. The scope and importance of Commentary and Ideology will command the attention of a broad group of scholars, including Italian specialists on Dante, late medievalists, students and professionals in early modern European literature, bibliographers, critical theorists, historians of literary criticism and theory, and cultural and intellectual historians. 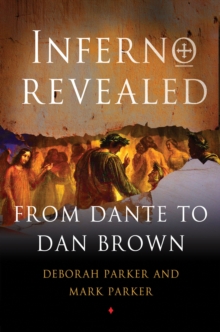