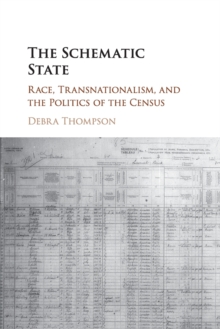 The Schematic State : Race, Transnationalism, and the Politics of the Census Paperback / softback

By examining the political development of racial classifications on the national censuses of the United States, Canada, and Great Britain, The Schematic State maps the changing nature of the census from an instrument historically used to manage and control racial populations to its contemporary purpose as an important source of statistical information, employed to monitor and rectify racial discrimination.

Through a careful comparative analysis of nearly two hundred years of census taking, it demonstrates that changes in racial schemas are driven by the interactions among shifting transnational ideas about race, the ways they are tempered and translated by nationally distinct racial projects, and the configuration of political institutions involved in the design and execution of census policy.

This book argues that states seek to make their populations racially legible, turning the fluid and politically contested substance of race into stable, identifiable categories to be used as the basis of law and policy.