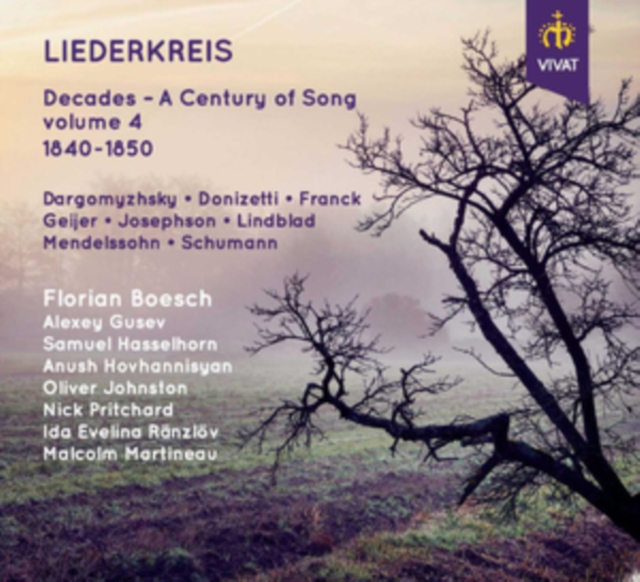 Whilst politically 1840-1850 was dominated by the build up to revolutionary explosion, musically the decade continued to produce an ever-richening seam of contrasting songs. Headlining this volume is Schumann's remarkable 'Liederkreis, Op 24', whose nine poems by Heinrich Heine are vividly portrayed by Florian Boesch. Germany is further represented in four wonderful Mendelssohn songs, France in four works by César Franck, Russia in songs by Alexander Dargomyzhsky, Italy by Donizetti, and Sweden by Lindblad, Josephson and Geijer. Distinguished baritone Florian Boesch, one of the great Lieder singers of our time, takes pride of place, with a strong supporting cast: sparkling Armenian soprano Anush Hovhannisyan, tenors Nick Pritchard and Oliver Johnston, Swedish mezzo Ida Evelina Ränzlöv and Russian baritone Alexey Gusev, all accompanied by series creator, pianist Malcolm Martineau. Of especial note are four fine Mendelssohn songs sung by Samuel Hasselhorn, already a major prize winner, whose rich voice and expressive yet diction-perfect performances mark him out as a baritone to watch. Extensive presentation includes 64 page booklet with authoritative note in three languages by renowned song expert and series consultant Prof Susan Youens, with full texts and translations.