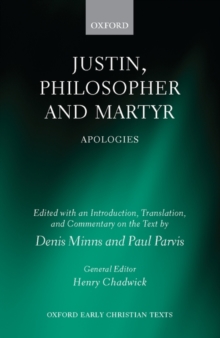 Justin Martyr (c.100-165) was one of the key apologists of the Early Church. Oxford Early Christian Texts presents a new critical edition of the Greek text of the Apologies with introduction, English translation, and textual commentary.

Editors Denis Minns and Paul Parvis take a searching look at the text transmitted by the single fourteenth-century manuscript containing the works of Justin.

They attempt to see behind the work of the Byzantine editor, and his predecessors, who sought to make sense of the badly damaged text before them.

The commentary is designed not merely to annotate the text but to identify and draw out Justin's train of thought and the structure of his argument.

It explains the readings adopted in the textby setting Justin's Greek within his Christian, Hellenistic, and philosophical contexts.

The introduction traces the complex history of the text in manuscript and print and discusses the puzzling relationship of the Second Apology to the First, and suggests a new solution.

Justin is located against the background of the diversity of Christianity in the second century.

A new understanding of Justin emerges from this work.

His thought is often sharper, and his language more pointed than has been recognised, and the difficulty of the task he set himself of bridging the enormous gapbetween two cultures is clearly shown.

Also in the Oxford Early Christian Texts series   |  View all 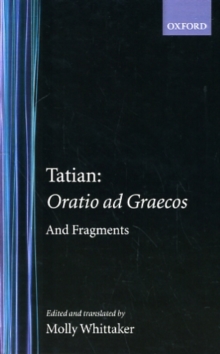 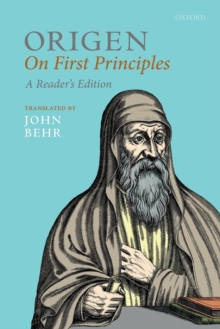 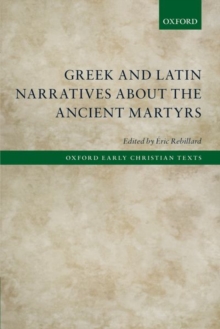 Greek and Latin Narratives about the... 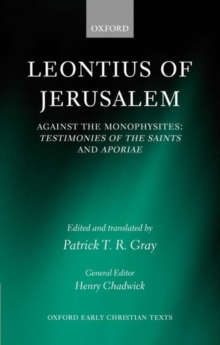