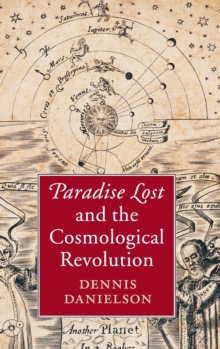 This volume brings John Milton's Paradise Lost into dialogue with the challenges of cosmology and the world of Galileo, whom Milton met and admired: a universe encompassing space travel, an earth that participates vibrantly in the cosmic dance, and stars that are 'world[s] / Of destined habitation'.

Milton's bold depiction of our universe as merely a small part of a larger multiverse allows the removal of hell from the center of the earth to a location in the primordial abyss.

In this wide-ranging work, Dennis Danielson lucidly unfolds early modern cosmological debates, engaging not only Galileo but also Copernicus, Tycho, Kepler, and the English Copernicans, thus placing Milton at a rich crossroads of epic poetry and the history of science.