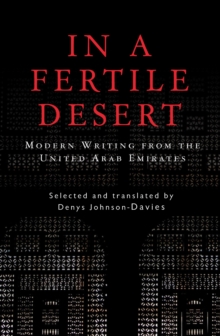 In a Fertile Desert Paperback / softback

Here, for the first time, is a volume of short stories from this commercially and culturally vital and vibrant center of the Arab world - a selective sampling of a burgeoning literary output since the 1970s by the leading Arabic English translator.

Life before oil in this region was harsh, and many of the stories in this collection - by both men and women from all corners of the country - tell of those times and the almost unbelievable changes that have come about in the space of two generations.

Some tell of the struggles faced in the early days, while others bring the immediate past and the present together, revealing that the past, with all its difficulties and dangers, nonetheless possesses a certain nostalgia.