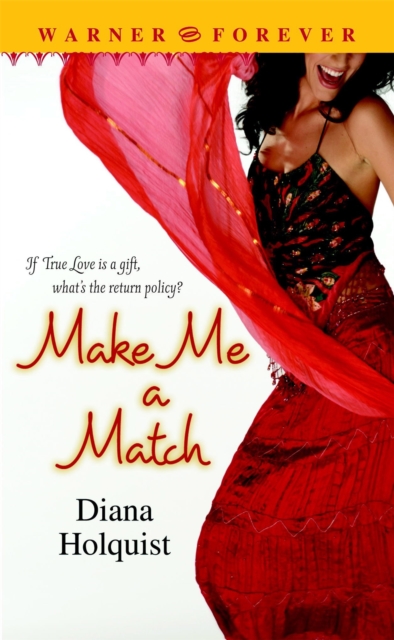 Make Me A Match Paperback / softback

Cecelia Burns finally has the life she's always wanted. She's a cardiologist in a thriving practice. She's engaged to a stable and reliable man. And she's completely abandoned her gypsy past of small-time cons and psychic powers. But at her engagement party, Cecelia's little sister bursts in and tips her perfectly organized world upside down.Amy has one psychic power-the ability to read the name of a person's one true love. Even though Amy swore she'd never tell Cecelia her named, she reveals its Finn Franklin Concord. And that certainly isn't Cecelia's fiancee's name. But even worse, Amy swears Finn's name is fading which means he's dying. Cecelia couldn't care less about finding her true love, but she doesn't want a dead man on her conscience. So she sends a letter to every single Finn Concord...then runs into most gorgeous man she's ever seen.

Finn Concord has his own problems. His daughter Maya has insisted they come to Baltimore so she can meet her adopt-a-grandmother and he just doesn't have the heart to say no. But when a beautiful cardiologist tells him to go to a doctor now, he's intrigued...and a bit smitten. As worlds collide and people are crossed and double-crossed, love blossoms and passion burns between Finn and Cecelia. But is this Finn her one true love?