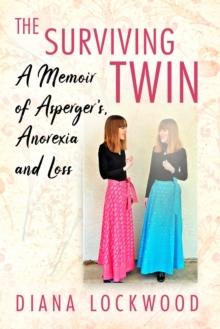 The Surviving Twin : A Memoir of Asperger's, Anorexia and Loss Paperback / softback

Even among twins, Diana and Julia were especially close and deeply entwined- they were more than just sisters or best friends, they were like one soul in two bodies.

While their total attunement sometimes saved them in funny and unexpected ways, it also eventually destroyed them. A survivor of sexual assault and anorexia and living with Asperger's, the author tells her own life story and weaves Julia's letters and journal entries into the text.

While Diana survived the struggles that led her to three suicide attempts, her twin unfortunately took her own life only a year after their father did the same.

This book explores the life and relationship of twins separated by tragedy and follows a woman's struggle to make it on her own.