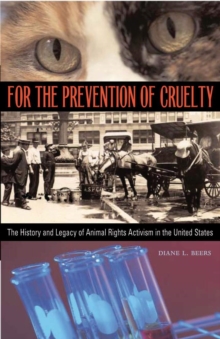 For the Prevention of Cruelty : The History and Legacy of Animal Rights Activism in the United States Paperback / softback

Animal rights. Those two words conjure diverse but powerful images and reactions. Some nod in agreement, while others roll their eyes in contempt. Most people fall somewhat uncomfortably in the middle, between endorsement and rejection, as they struggle with the profound moral, philosophical, and legal questions provoked by the debate.

Today, thousands of organizations lobby, agitate, and educate the public on issues concerning the rights and treatment of nonhumans. For the Prevention of Cruelty is the first history of organized advocacy on behalf of animals in the United States to appear in nearly a half century.

Diane Beers demonstrates how the cause has shaped and reshaped itself as it has evolved within the broader social context of the shift from an industrial to a postindustrial society. Until now, the legacy of the movement in the United States has not been examined.

Few Americans today perceive either the companionship or the consumption of animals in the same manner as did earlier generations.

Moreover, powerful and lingering bonds connect the seemingly disparate American Society for the Prevention of Cruelty to Animals of the nineteenth century and the People for the Ethical Treatment of Animals of today.

For the Prevention of Cruelty tells an intriguing and important story that reveals society's often changing relationship with animals through the lens of those who struggled to shepherd the public toward a greater compassion. 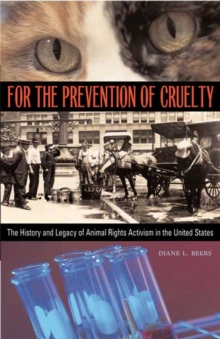 For the Prevention of Cruelty