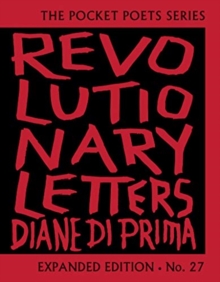 "I have just realized that the stakes are myself / I have no other / ransom money, nothing to break or barter but my life"-"Revolutionary Letter #1"Fifty years ago, in 1968, Diane di Prima began writing her "revolutionary letters," a series of poems composed of a potent blend of utopian anarchism and ecological awareness, projected through a Zen-tinged feminist lens.

In 1971, Lawrence Ferlinghetti published them in the first edition of Revolutionary Letters as Number 27 in the City Lights Pocket Poets Series, with a cover featuring his own distinctive calligraphic interpretation of the title. By turns a handbook of countercultural activity and a broadside against the repressive state apparatus, Revolutionary Letters remains one of the vital classics of American poetry.

Revolutionary Letters: Expanded Edition is the latest iteration of this 50-year project, published in a deluxe, board-bound edition and featuring the original cover.

Beginning with the poems from the first edition along with what was added along the way, the collection ends with di Prima's latest "letters," written in the decade between 2007-2017. Praise for Revolutionary Letters:"With this new and expanded edition we are offered a window onto a master poet redefining revolution over her lifetime (through a prism).

Di Prima continues to interrogate the ways in which we have been taught to live, love, eat, write, fight and take control.

In her classic poem "Rant" (Revolutionary Letter #75) she describes this mindset as 'a multidimensional chess / which is divination / & strategy'.

This time reading through I was reminded of Baraka's Wise, Why's, Y's and Ginsberg's The Fall of America.

How can we make the most of this book and its wisdom?

It's not enough to simply read it or even to write our own Revolutionary Letters.

These poems are not realized until we are called upon to act."-Cedar Sigo"How do 'we' keep fighting?

There is no one way, but sometimes you think about lines in Diane di Prima's Revolutionary Letters.

Di Prima's 'letters' feel like they were written to the all of you that always is somewhere coming together.

They remind you that you are a part of something, that as sure as you have enemies who want things like jobs, you have friends who want everything.

The new letters in this expanded edition continue di Prima's tradition of telling you things you need to know-like 'you have only / so much / ammunition' & how a poem can matter as 'the memory / of the poem / tak[es] root in / thousands / of minds.' & here you thought this classic couldn't get any better."-Wendy Trevino"Revolutionary Letters are action philosophy on the road to soul-building, to our realized mammal-hood, and to our humanity ... di Prima's imagination and inspiration cause these poems to become more brilliant with the passage of time, and with the growing number of more recent Letters water-falling over the lip of what we think is possible"-Michael McClure 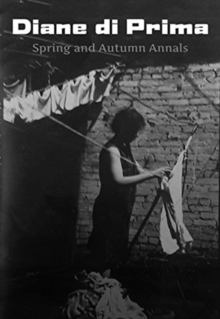 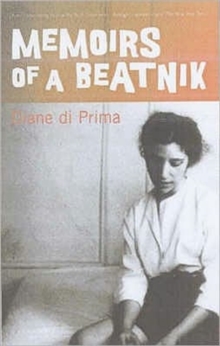 Memoirs of a Beatnik 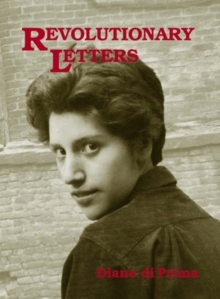 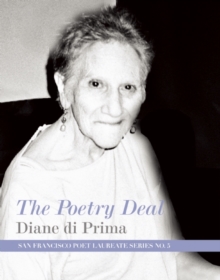