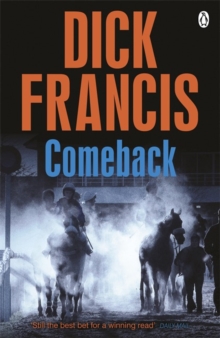 A classic mystery from Dick Francis, the champion of English storytellers. Foreign Office diplomat Peter Darwin is returning to England, back to his childhood home of Gloucestershire.

But instead of a pleasant trip down memory lane, Peter finds himself coming to the aid of a veterinary surgeon whose operating theatre is rapidly turning into an abattoir. In fact a string of valuable racehorses have suffered unexplained deaths, and the police are baffled.

When Darwin looks into the mystery he finds that his connections - and his memories - help him uncover criminal activities that stretch back all the way to his childhood. But the more Darwin uncovers, the closer he gets to a killer who just can't stop... Praise for Dick Francis: 'As a jockey, Dick Francis was unbeatable when he got into his stride.