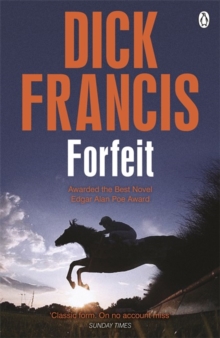 Five minutes later, Checkov's fallen out a seventh floor window. Tyrone has a nose for a story and he's convinced there's more to his friend's death than meets the eye.

When he starts digging, he discovers that many of Checkov's tips never even made it to the start. But the deeper Tyrone gets, the dirtier and more dangerous this business appears to be.

If he's not careful he'll be following Checkov to his death... Praise for Dick Francis: 'As a jockey, Dick Francis was unbeatable when he got into his stride.