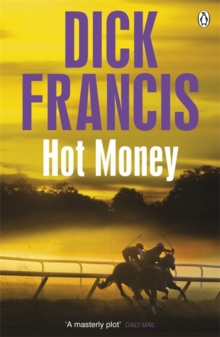 A classic mystery from Dick Francis, the champion of English storytellers. Malcolm Pembroke didn't get rich without making a few enemies - not least among the five wives and nine children left like wreckage in his wake. But when Moira, his fifth wife, is murdered and Malcolm believes that someone is out to get him, he knows of only one person he can turn to: his estranged son, Ian. Ian - an amateur jockey - wants nothing to do with his father until it becomes clear the old man's life is in danger. And worst of all the evidence suggests it's from someone in the family. Can Ian work out who it is before they strike again? Praise for Dick Francis: 'As a jockey, Dick Francis was unbeatable when he got into his stride.