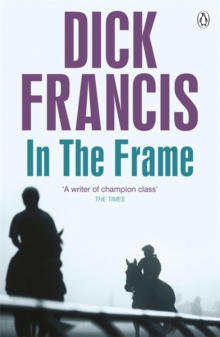 In the Frame Paperback / softback

A classic mystery from Dick Francis, the champion of English storytellers. Charles Todd, a successful artist who paints horses, arrives at his cousin Donald's house and stumbles on a grisly scene: police cars everywhere, his cousin arrested for murder and Donald's wife brutally slain. Believing - unlike the police - Donald's story of a burglary gone wrong, Charles follows clues which lead him from England to Australia and a diabolical scheme involving fraud and murder. But soon Charles realises that someone is on his trail.

Someone who wants to make sure that Charles won't live long enough to save Donald. Praise for Dick Francis: 'As a jockey, Dick Francis was unbeatable when he got into his stride.