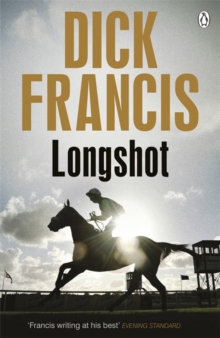 A classic mystery from Dick Francis, the champion of English storytellers. Life as a writer is colder, hungrier work than John Kendall had bargained for.

Not even the survival guides he's written can help him.

So when notorious racehorse trainer Tremayne Vickers approaches Kendall to write his biography, it's an offer the impoverished writer can't turn down. Moving into Vickers' country home, Kendall quickly becomes immersed in his host's lifestyle: riding racehorses, making friends, and getting to know the family.

But then a local stable girl is found dead - and the party's over. A killer is lurking in the shadows. And Kendall's own survival tips are about to become more useful - and more deadly - than he could ever have imagined . . . Praise for Dick Francis: 'As a jockey, Dick Francis was unbeatable when he got into his stride.