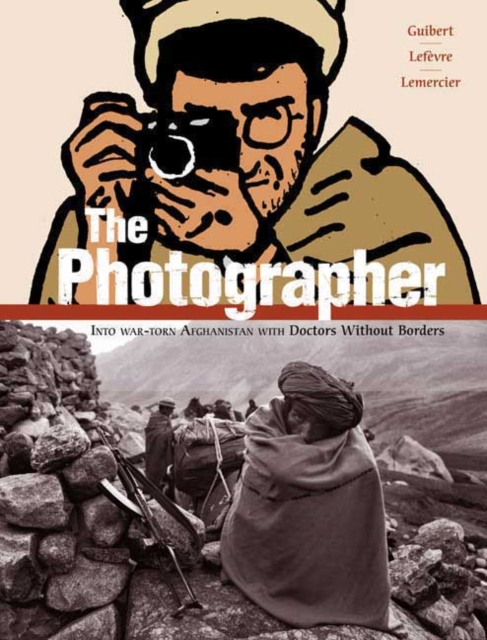 The Photographer : Into War-torn Afghanistan with Doctors Without Borders Paperback / softback

In 1986, Afghanistan was torn apart by a war between the Soviet Union and the Mujahidin.

Didier Lefevre was a photojournalist who accompanied a Doctors Without Borders team on a mission at the height of the war.

In the company of an arms caravan, Lefevre and the doctors climbed across arid mountain passes to reach a tiny hut deep in the war zone, which would serve as a field hospital.

This is Didier's story, in his own words, with his own photographs.

Through his camera, we witnesses humanity at every extreme--violence, despair, generosity, and heroism--against the backdrop of the vast, barren Afghan landscape.

Emmanuel Guibert has combined Lefevre's unflinching photography with his own spare, expressive illustrations to achieve a visual memoir that challenges the mind and strikes at the heart.

As the consequences of that war continue to reverberate in the region, The Photographer focuses on some of its true heroes: the doctors who risk death to save lives and mend the wounds of war.