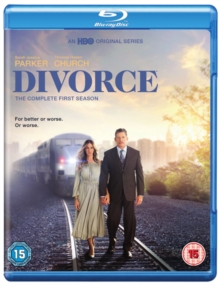 All ten episodes from the first season of the US comedy starring Sarah Jessica Parker and Thomas Haden Church as a suburban New York couple going through a divorce.

After more than a decade of marriage, middle-aged couple Frances and Robert (Parker and Haden Church) confront the possibility of divorce after Frances begins to reassess her life in the midst of a midlife crisis.

With their love for each other dwindling, Frances decides it's time to salvage her life and pursue her dream of opening an art gallery before it's too late.

The couple try therapy and mediation in an attempt to save their marriage, with their two teenage children caught in the middle of their continued attempts to remain amicable, but can their marriage really survive?