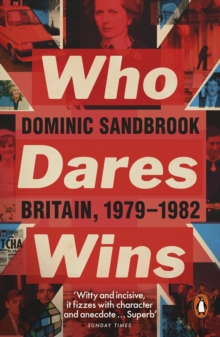 SELECTED AS A BOOK OF THE YEAR 2019 BY THE TIMES, DAILY TELEGRAPH, LONDON EVENING STANDARD, DAILY MAIL AND BBC HISTORY MAGAZINE

'Magisterial ... If anyone wants to know what has been happening to Britain since the 1950s, it is difficult to imagine a more informative, or better-humoured guide ... a Thucydidean coolness, balance and wisdom that is superb.' - AN Wilson, The Times

'Who Dares Wins captures the period with clairvoyant vividness. Compulsively readable, the book will be indispensable to anyone who wants to understand these pivotal years.' - John Gray, New Statesman

The acclaimed historian of modern Britain, Dominic Sandbrook, tells the story of the early 1980s: the most dramatic, colourful and controversial years in our recent history.

Margaret Thatcher had come to power in 1979 with a daring plan to reverse Britain's decline into shabbiness and chaos. But as factories closed their doors, dole queues lengthened and the inner cities exploded in flames, would her radical medicine rescue the Sick Man of Europe - or kill it off?

Vivid, surprising and gloriously entertaining, Dominic Sandbrook's new book recreates the decisive turning point in Britain's recent story. For some people this was an age of unparalleled opportunity, the heyday of computers and credit cards, snooker, Sloane Rangers and Spandau Ballet. Yet for others it was an era of shocking bitterness, as industries collapsed, working-class communities buckled and the Labour Party tore itself apart. And when Argentine forces seized the Falkland Islands, it seemed the final humiliation for a wounded, unhappy country, its fortunes now standing on a knife-edge.

Here are the early 1980s in all their gaudy glory. This is the story of Tony Benn, Ian Botham and Princess Diana; Joy Division, Chariots of Fire, the Austin Metro and Juliet Bravo; wine bars, Cruise missiles, the ZX Spectrum and the battle for the Falklands. And towering above them all, the most divisive Prime Minister of modern times - the Iron Lady.

Also by Dominic Sandbrook   |  View all 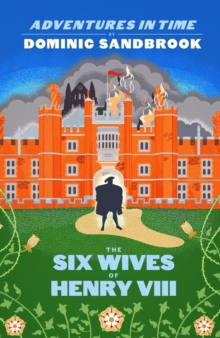 Adventures in Time: The Six Wives of... 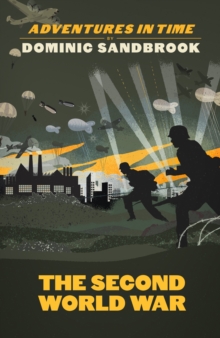 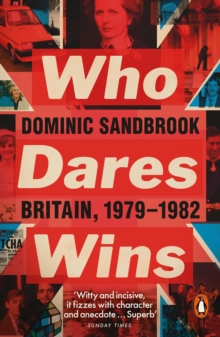 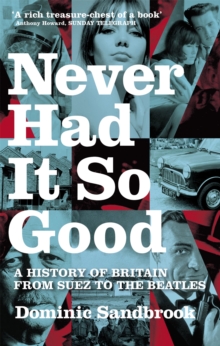 Never Had It So Good