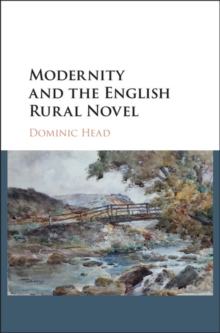 by Dominic (University of Nottingham) Head

This book examines the persistence of the rural tradition in the English novel into the twentieth century.

In the shadow of metropolitan literary culture, rural writing can seem to strive for a fantasy version of England with no compelling social or historical relevance.

Dominic Head argues that the apparent disconnection is, in itself, a response to modernity rather than a refusal to engage with it, and that the important writers in this tradition have had a significant bearing on the trajectory of English cultural life through the twentieth century.

At the heart of the discussion is the English rural regional novel of the 1920s and 1930s, which reveals significant points of overlap with mainstream literary culture and the legacies of modernism.

Rural writers refashioned the conventions of the tradition and the effects of literary nostalgia, to produce the swansong of a fading genre with resonances that are still relevant today.