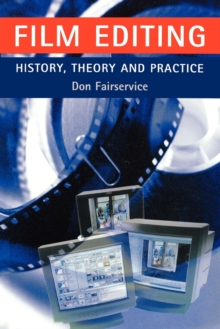 The first-ever comprehensive examination of the film editor's craft from the beginning of cinema to the present day.

Of all the film-making crafts, editing is the least understood. Using examples drawn from classic film texts, this book clarifies the editor's role and explains how the editing process maximises the effectiveness of the filmed material.

Traces the development of editing from the primitive forms of early cinema through the upheavals caused by the advent of sound, to explore the challenges to convention that began in the 1960s and which continue into the twenty-first century.

New digital technologies and the dominance of the moving image as an increasingly central part of everyday life have produced a radical rewriting of the rules of audio-visual address.

It is not a technical treatise; instructive and accessible, this historically-based insight into filmmaking practice will prove invaluable to students of film and also appeal to a much wider readership. -- .