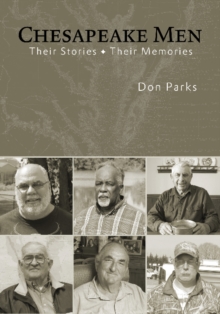 The Chesapeake Bay is the largest estuary in the United States and at one time provided a major portion of the nation's seafood.

Oysters, crabs, and clams were in abundance and the men of Maryland's Eastern Shore relied on the Chesapeake to make their livelihood.

Now eleven of these Shoremen share their memories. The stories they tell will both enlighten and entertain.

Some earned a great sum of money in a short amount of time, while others experienced one misfortune after another.

Learn about devastating storms, like Hurricane Agnes, from which they made harrowing escapes.

Read about high-ranking politicians, from governors to presidents, who have made the Chesapeake Bay a center of political activity.

Coming from diverse backgrounds, these men represent a broad spectrum of folks who lived along the Eastern Shore, worked the waters of the Bay, and experienced the harshness of Chesapeake winters as well as her glorious sunrises. 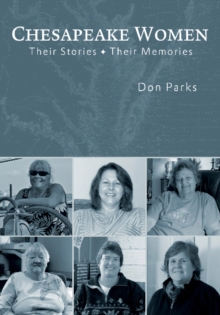 Chesapeake Women: Their Stories - Their...