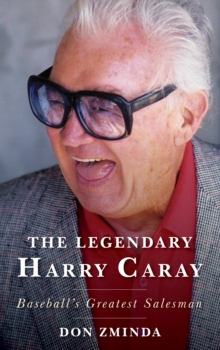 Harry Caray is one of the most famous and beloved sports broadcasters of all time, with a career that lasted over 50 years.

Always a baseball enthusiast, Caray once vowed to become a broadcaster who was the true voice of the fans.

Caray's distinctive style soon resonated across St. Louis, then Chicago, and eventually across the nation.

In The Legendary Harry Caray: Baseball's Greatest Salesman, Don Zminda delivers the first full-length biography of Caray since his death in 1998.

It includes details of Caray's orphaned childhood, his 25 years as the voice of the St.

Interviews with significant figures from Caray's life are woven throughout, from his widow Dutchie and grandson Chip to broadcasters Bob Costas, Thom Brennaman, Dewayne Staats, Pat Hughes, and more. Caray was known during his final years as a beloved, often-imitated grandfather figure with the Cubs, but the story of his entire career is much more nuanced and often controversial.

Featuring new information on Caray's life-including little-known information about his firing by the Cardinals and his feuds with players, executives, and fellow broadcasters-this book provides an intimate and in-depth look at a broadcasting legend. 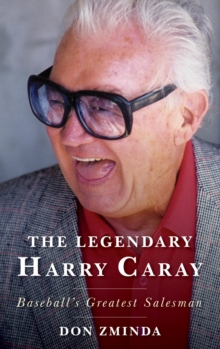