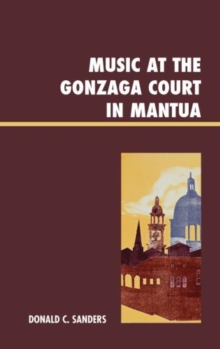 Music at the Gonzaga Court in Mantua Paperback / softback

Beginning in the second half of the fifteenth century, under the patronage of the Gonzaga family, the northern Italian city of Mantua became a vibrant center for visual art, theatre, and music.

The performance at the Gonzaga court of Poliziano's Fabula di Orfeo, around 1480, marked the beginning of secular music theatre.

The use of musical numbers within the drama anticipated the beginnings of opera at Florence a century later, as well as the first masterpiece of the genre, Monteverdi's La favola d'Orfeo at Mantua in 1607.

Mantua reached the zenith of its artistic distinction during the reign of Duke Vincenzo I, between 1587 and 1612.

During this time, Wert and Gastoldi were joined at the court by the important Jewish composer Salamone Rossi and, most notably, by Monteverdi.

The premieres of his Orfeo and Arisanna made the Gonzaga court, for that brief period, the most important center in the development of opera. In Music at the Gonzaga Court in Mantua, Donald C.

Sanders discusses musical composition at the court in the context of the brilliant visual art that provided such a conducive environment.

Sanders also traces the history of this very colorful family and their relationships with the emperors, kings, and popes who shaped modern Europe.

Part history, part musicology, Sanders' analysis spans the fifteenth century through the seventeenth century, filling informative gaps with details essential for students in courses on Renaissance or Baroque music, or in more specialized courses on madrigal, opera, or liturgical music.

Music at the Gonzaga Court in Mantua is also important reading for knowledgeable musical amateurs and anyone with interest in Italian history and arts. 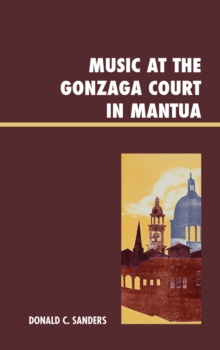 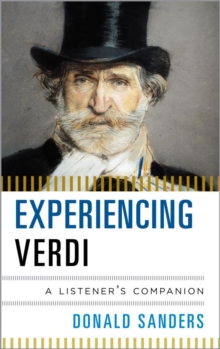 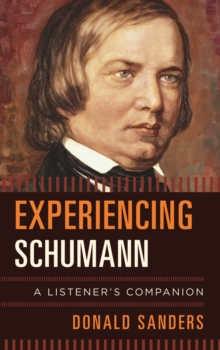