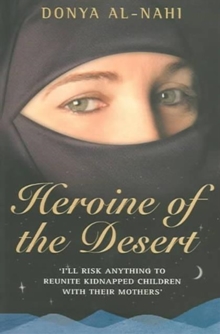 Heroine of the Desert Paperback / softback

When Donya Al-Nahi rescued her child from her Cypriot husband, she embarked upon a calling that was to help hundreds of women in the same situation.

These women's children are not taken by a stranger; they are snatched by their own fathers, usually Middle Eastern men who do not wish their children to be exposed to a Western upbringing and so take the children back to the countries of origin.

What started as a favour to a friend has turned into a life's work for Al-Nahi.

In this book, she describes her adventures, venturing into the most dangerous parts of the world, such as Iraq, Libya and Dubai, in order to find the children and bring them home to their mothers.

She has been arrested and thrown in jail, but this has not dampened her determination to do the right thing and reunite mother and child.

Al-Nahi has ventured to countries where few would dare to go to attempt such acts of heroism.

Her missions have taken her to some of the world's most dangerous spots, including Iraq, Libya, Morocco and Dubai. In Dubai, she had to face one of the most frightening experiences of her life: the authorities were alerted to her plan to rescue a child and she was arrested, put in jail and only released after a chance meeting with one of the most powerful Sheikhs in the country. 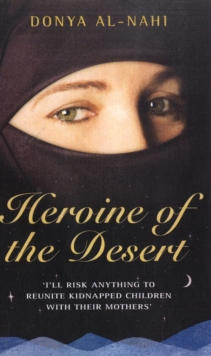 Heroine of the Desert