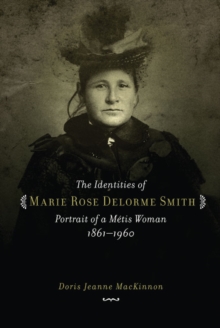 This book relates the history and self-identifying process of a Metis woman who lived on the western plains of Canada during the transitional period from fur trade to sedentary agricultural economy.

Marie Rose Delorme Smith was a woman of French-Metis ancestry who was born during the fur trade era and who spent her adult years as a pioneer rancher in the Pincher Creek district of southern Alberta.

Sold by her mother at the age of sixteen to a robe and whiskey trader several years older than her, Marie Rose went on to raise seventeen children, establish a boarding house, take a homestead, serve as medicine woman and midwife, and to publish several articles in the early prairie ranch periodical, Canadian Cattlemen.

The author relies on close readings of these articles, as well as the diaries, manuscripts, and fictional writing of Marie Rose Delorme Smith, along with personal interviews with her descendants.

These sources allow a close examination of the self-identifying process for Marie Rose as she negotiated the changing environment of the western plains during the late 1800s and early 1900s when large numbers of Anglo-speaking immigrants settled in the area.

Clearly proud of her Metis identity, Marie Rose was a member of an extended family who served as Louis Riel's soldiers, and she presented that identity tentatively in her own writings.

Roles which Marie Rose assumed with pride were those of author, historian, mother, and historical character, and these roles serve as themes from which to examine her life. 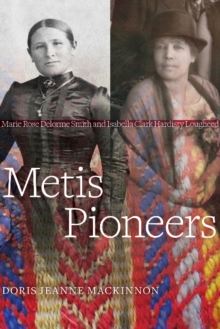