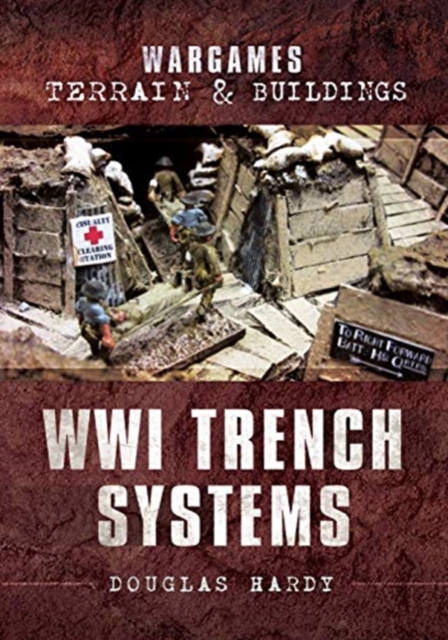 Although it was a global conflict, for many WW1 is synonymous with the war in the trenches of the Western Front. For anyone wargaming these battles a good trench system is a must.

Douglas Hardy is a very experienced wargamer and terrain modeller and a member of the Western Front Association who has walked the battlefields many times.

From the initial choice between stand-alone pieces on a mat or a fixed, bespoke layout, through to final detailing, he shares his experience, giving practical advice on building your own trench system.

He considers the differences between British, German and French trenches, which differed in design and construction, as well as developments in defences through the phases of the war. A trench system is not just the trench itself of course, but also the dugouts, barbed wire entanglements, sandbags, gun emplacements and pillboxes.

Shell holes and shattered forests are also covered. Each element is explained in step-by-step detail, illustrated with numerous colour photos and there are also reference photos of real trenches.