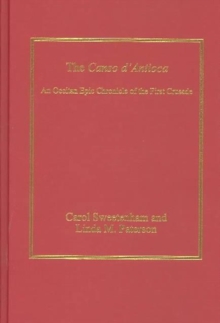 The Canso d'Antioca : An Occitan Epic Chronicle of the First Crusade Hardback

The Canso d'Antioca is a fascinating text which deserves more attention than it has received.

It is a fragment of a much larger epic describing the events of the First Crusade, related to the Old French Chanson d'Antioca but with many unique features.

As such it presents a double interest to scholars of both history and literature.

It is a source text for the First Crusade with information not contained in any other source.

It is also an early and seminal text for Occitan epic, few examples of which survive. And arguably it represents the first work of vernacular verse history in France, raising fundamental questions about the junction of epic and historiography. This is the first published edition of the text since Paul Meyer's version in 1884.

It is based on the single extant manuscript of the Canso found in Roda in Northern Spain and now in Madrid, accompanied by a translation into English on facing pages.

The text is supported by detailed notes and a glossary of proper names cross-referenced to all major First Crusade sources.

The introduction discusses in detail the history of the text and manuscript, the value of the Canso as a historical document, and its place both within the historical tradition of the Crusade and within Occitan literary tradition and 12th-century vernacular historiography. 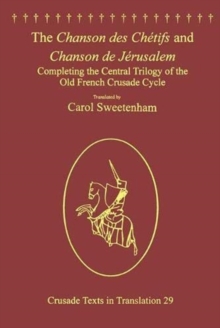 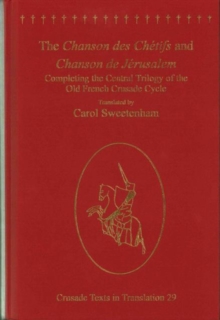