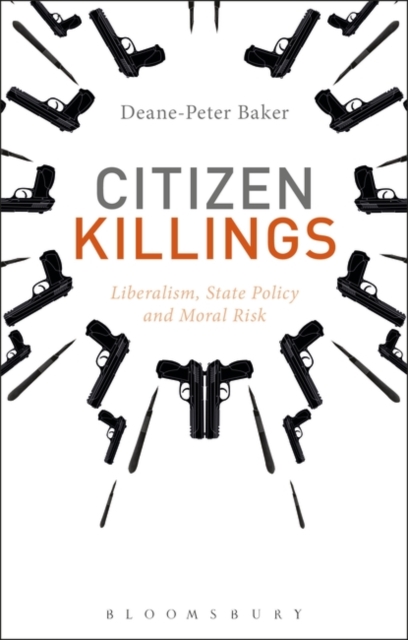 Citizen Killings: Liberalism, State Policy and Moral Risk offers a ground breaking systematic approach to formulating ethical public policy on all forms of 'citizen killings', which include killing in self-defence, abortion, infanticide, assisted suicide, euthanasia and killings carried out by private military contractors and so-called 'foreign fighters'. Where most approaches to these issues begin with the assumptions of some or other general approach to ethics, Deane-Peter Baker argues that life-or-death policy decisions of this kind should be driven first and foremost by a recognition of the key limitations that a commitment to political liberalism places on the state, particularly the requirement to respect citizens' right to life and the principle of liberal neutrality.

Where these principles come into tension Baker shows that they can in some cases be defused by way of a reasonableness test, and in other cases addressed through the application of what he calls the 'risk of harm principle'.

The book also explores the question of what measures citizens and other states might legitimately take in response to states that fail to implement morally appropriate policies regarding citizen killings.