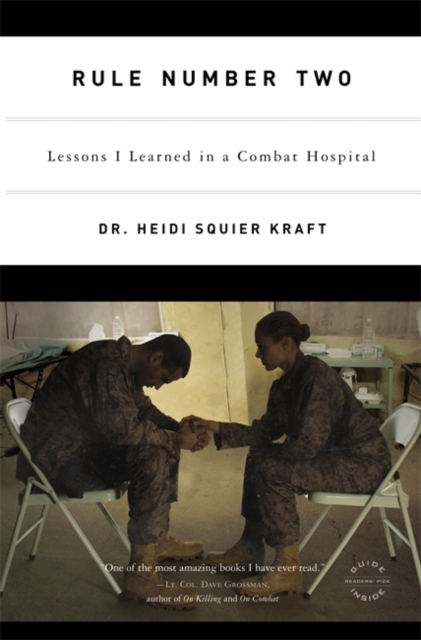 When Lieutenant Commander Heidi Kraft's twins were fifteen months old, she was deployed to Iraq.

A clinical psychologist in the US Navy, Kraft had the job of uncovering the wounds of war that surgeons never see.

She put away thoughts of her children and learned how to listen to the most traumatic stories a war zone has to offer. One of the toughest lessons was perfectly articulated by the TV show M*A*S*H: "There are two rules of war.

Rule number one is that young men die. Rule number two is that doctors can't change rule number one." Some marines, Kraft realized, would be damaged by war in ways that she couldn't repair. And sometimes people were repaired in ways she never expected. RULE NUMBER TWO has steadily established itself as a powerful firsthand account of providing comfort amid the chaos of war, and of what it takes to endure.

Now, at long last in paperback, it will reach an even wider audience.