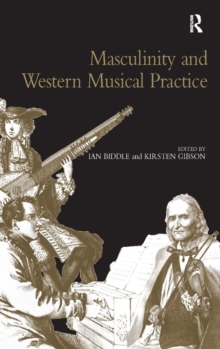 How have men used art music? How have they listened to and brandished the musical forms of the Western classical tradition and how has music intervened in their identity formations?

This collection of essays addresses these questions by examining some of the ways in which men, music and masculinity have been implicated with each other since the Middle Ages.

Feminist musicologies have already dealt extensively with music and gender, from the 'phallocentric' tendencies of the Western tradition, to the explicit marginalization of women from that tradition.

This book builds on that work by turning feminist critical approaches towards the production, rhetorical engagement and subversion of masculinities in twelve different musical case studies. In other disciplines within the arts and humanities, 'men's studies' is a well-established field.

Musicology has only recently begun to address critically music's engagement with masculinity and as a result has sometimes thereby failed to recognize its own discursive misogyny.

This book does not seek to cover the field comprehensively but, rather, to explore in detail some of the ways in which musical practices do the cultural work of masculinity. The book is structured into three thematic sections: effeminate and virile musics and masculinities; national masculinities, national musics; and identities, voices, discourses.

Within these themes, the book ranges across a number of specific topics: late medieval masculinities; early modern discourses of music, masculinity and medicine; Renaissance Italian masculinities; eighteenth-, nineteenth- and early twentieth-century ideas of creativity, gender and canonicity; masculinity, imperialist and nationalist ideologies in the nineteenth century, and constructions of the masculine voice in late nineteenth- and twentieth-century opera and song.

While the case studies are methodologically disparate and located in different historical and geographical locations, they all share a common concern for a critical revaluation of the role of masculinity (in all its varied representations) in art music practices. 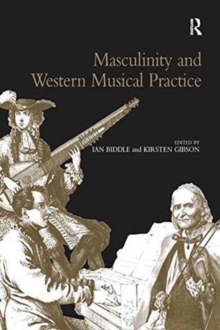