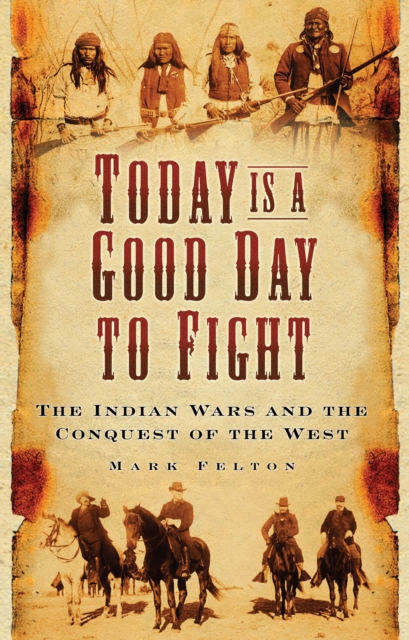 Today is a Good Day to Fight : The Indian Wars and the Conquest of the West Paperback / softback

Blood, guts, dust and hatred: the real history of the American West.

Today is a Good Day to Fight covers the period from the initial penetration of the region by settlers and prospectors in the 1840s until the end of the Indian Wars in the 1890s.

It explains the history of white-Indian conflict from the military point of view, showing how the United States used its army to wage terrible wars of conquest upon Native American peoples in order to take the land from them and enrich the growing nation, and how the Indians never really stood a chance in trying to defend their homelands.

Highlighting the fractious and bitter relations between tribes unable and unwilling to unite in time to stave off their common enemy, it portrays the utter bitterness of the conflict between white and Indian, and how both sides resorted to increasingly foul acts of war and slaughter as the conflict progressed.

A dirty, underhanded and scrappy conflict, the outrages committed by both sides fuelled bitterness and resentment that still exists in America today.