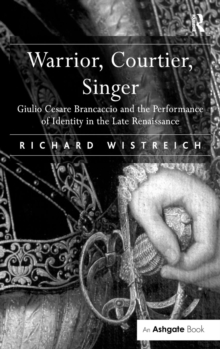 Warrior, Courtier, Singer : Giulio Cesare Brancaccio and the Performance of Identity in the Late Renaissance Hardback

Giulio Cesare Brancaccio was a Neapolitan nobleman with long practical experience of military life, first in the service of Charles V and later as both soldier and courtier in France and then at the court of Alfonso II d'Este at Ferrara.

He was also a virtuoso bass singer whose performances were praised by both Tasso and Guarini - he was even for a while the only male member of the famous Ferrarese court Concerto delle dame, who established a legendary reputation during the 1580s. Richard Wistreich examines Brancaccio's life in detail and from this it becomes possible to consider the mental and social world of a warrior and courtier with musical skills in a broader context.

A wide-ranging study of bass singing in sixteenth- and early seventeenth-century Italy provides a contextual basis from which to consider Brancaccio's reputation as a performer.

Wistreich illustrates the use of music in the process of 'self-fashioning' and the role of performance of all kinds in the construction of male noble identity within court culture, including the nature and currency of honour, chivalric virtA(1) and sixteenth-century notions of gender and virility in relation to musical performance. This fascinating examination of Brancaccio's social world significantly expands our understanding of noble culture in both France and Italy during the sixteenth century, and the place of music-making within it. 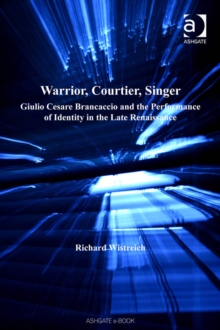 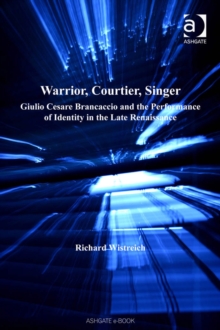