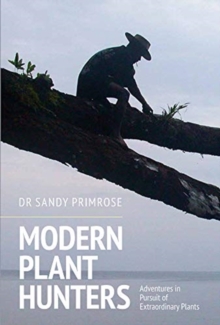 Almost all the books that have been published on plant hunting focus on the so-called 'golden age' that ended with the death of Frank Kingdon Ward in 1958.

One might be forgiven for thinking that plant hunting itself came to an end in 1958.

On the contrary, there have been more new plant introductions in the past thirty years than ever before.

This book tells the stories of the modern-day plant hunters - such pioneering adventurers as Mikinori Ogisu, Dan Hinkley, Roy Lancaster, Ed de Vogel, Lin Yu-Lin, Michael Wickenden and Claire Scobie. The author also examines the search for medicinal plants and the work of scientific institutions, both of which have been largely ignored, and considers such developments as the effect of habitat destruction on plant loss and plant diversity.