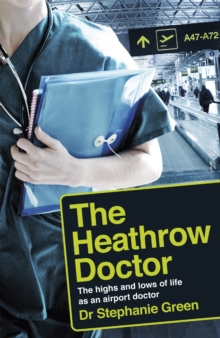 The Heathrow Doctor : The Highs and Lows of Life as a Doctor at Heathrow Airport Paperback / softback

An exhilarating insight into the life of a doctor at Heathrow Airport, where the truth is often stranger than fiction. For over a decade, Stephanie Green was a doctor on-call for one of the world's busiest airports, confronting dramatic, bizarre and sometimes heart-breaking situations.

During her 24-hour shifts at Heathrow, Dr Green had to be ready for anything: from finding an abandoned suitcase leaking blood onto the carousel, to discovering a man smuggling heroin in a corset. It's a job that brought her into contact with all walks of life; her patients included drug mules and fugitives, schizophrenics and stowaways, refugees and tourists. And with the threats of a nerve agent poisoning or a Level Four viral epidemic always in the back of her mind, Dr Green found herself on the frontline where the decisions are made about who - or what - was allowed to leave the airport's borders. FLIGHT RISK reveals the thrilling drama that takes place behind-the-scenes of an airport and what is needed to make critical decisions in this hidden no-man's land of geopolitics, terror, tragedy and medicine. 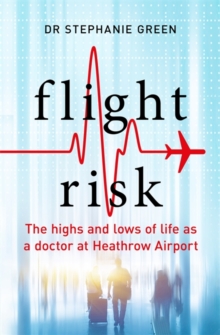