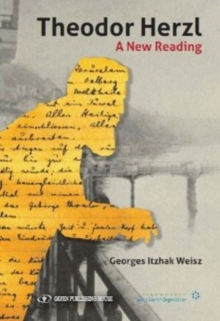 You would think that everything there is to say about Theodor Herzl, father of modern Zionism, has already been written and published.

In fact, the rampant misunderstandings and downright distortions of the man can be seen as the clearest symptoms of the identity crisis that afflicts Israeli society today.

More than a century after Herzl s death, the time has come to remove the various masks that still obscure his true face and to restore the Jewish and universal dimensions to his enterprise.

Such is the goal of the present study by Dr. Yitshak Weisz, the product of more than eight years of research.

This is not just another biography of Herzl, but an incisive critique of everything that has been written in the past and an invitation to take a close new look at the body of his work.

From this novel and even bold new reading emerges a new Herzl, revitalized for the twenty-first century.