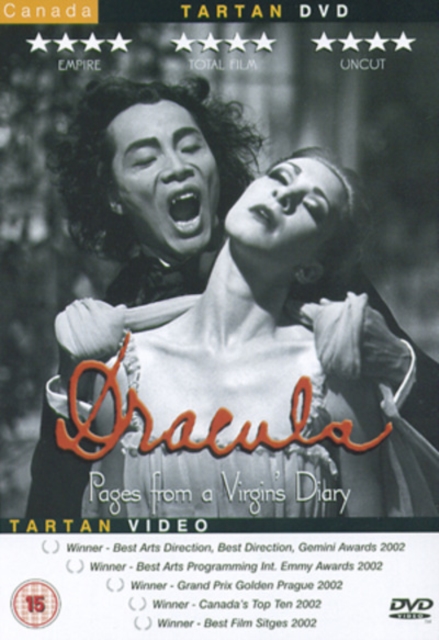 This avant-garde adaptation of Mark Godden's 'Dracula' ballet, based on the novel by Bram Stoker as well as early film versions such as Murnau's 'Nosferatu', is a collaboration between Canadian film director Guy Maddin and the Winnipeg National Ballet.

Filmed in Maddin's trademark crimson-tinted black and white, and largely silent apart from its dramatic Mahler soundtrack, the film was originally produced for Canadian television, but went on to be screened at several international film festivals.