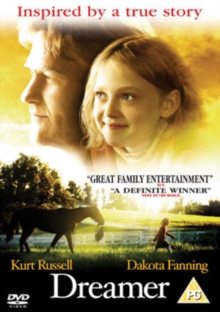 Drama starring Kurt Russell and Dakota Fanning. Ben Crane (Russell) was once a great horseman whose gifts as a trainer are now being wasted on making other men's fortunes.

Sonador 'called Sonya' was a great horse whose promising future on the racetrack is suddenly cut short by a career-ending broken leg.

Considered as good as dead to her owner, who also happens to be Ben's boss, Sonya is given to Ben as severance pay, along with his walking papers.

Now, it will take the unwavering faith and determination of Ben's young daughter, Cale (Fanning), to bring these two damaged souls together in a quest for a seemingly impossible goal: to win the breeders' Cup Classic.

However, the true miracle might be that, in helping this injured horse, what they are actually healing is their own family.