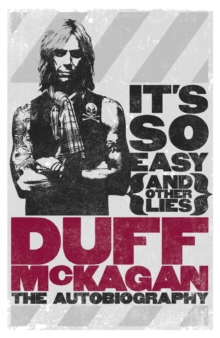 It's So Easy (and other lies) : The Autobiography Paperback / softback

Explosive autobiography of Guns N' Roses and Velvet Revolver bass guitarist Duff McKaganDuff McKagan was a co-founder of Guns N' Roses, with a 13-year tenure on bass in what was at the time the biggest band on earth. As well as pulling together the classic line-up (Slash on guitar, Steven Adler on drums, rhythm guitarist Izzy Stradlin and vocalist Axl Rose), Duff was the unofficial musical director of the band and the most experienced musician, and played bass, drums and guitar, as well as co-writing many of the songs. Over the years, Guns N' Roses have broken many records in rock history - APPETITE FOR DESTRUCTION is the most successful debut album in the history of recorded music; the band's 1991 records, USE YOUR ILLUSION parts 1 and 2, debuted at one and two on the album charts, a feat never achieve before or since; and their 28-month ILLUSION world tour is still the longest running concert tour in history. Duff charts the rise of the group, and his own fall, as with success came heavy drinking and drug use, culminating in his hospitalisation for acute pancreatitis in 1994. Forced to sober up, Duff started taking an interest in business, eventually completing a degree in economics and making a killing on the stock market. He has since worked with Slash in another band, Velvet Revolver, and has continued to play with various artists over the last 15 years. IT'S SO EASY (AND OTHER LIES) is the explosive memoir of a great rock musician who, against the odds, has lived to tell the tale. 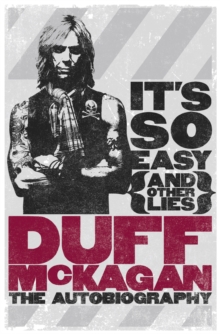 It's So Easy (and other lies) 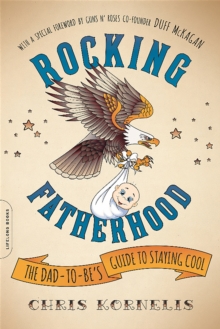