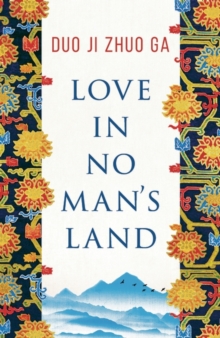 An epic saga from Tibet's bestselling author. Perfect for anyone who loved The Kite Runner and Wild Swans.

The Changthang Plateau lies in the centre of Tibet. A vast, rolling grassland stippled with azure-blue lakes and ringed by snow peaks, it is home to seven-year-old Gongzha and his family who live, as their ancestors have done for centuries, by herding and hunting.

But it is 1967 and the Cultural Revolution is seeping across China.

As the Red Guard systematically loot and destroy Tibet's monasteries, Gongzha helps hide two treasures belonging to his local temple: an ebony-black Buddha marked with an ancient symbol and a copy of the twelfth-century text The Epic of King Gesar, written in gold ink.

The repercussions of his act will echo across the decades.

Gongzha will be taken far from home. He will lose love and find it. He will battle wolves, bears, outlaws and his own self, as legend and history are interwoven in the story of a young man's quest to find happiness in a time of uncertainty and unrest.