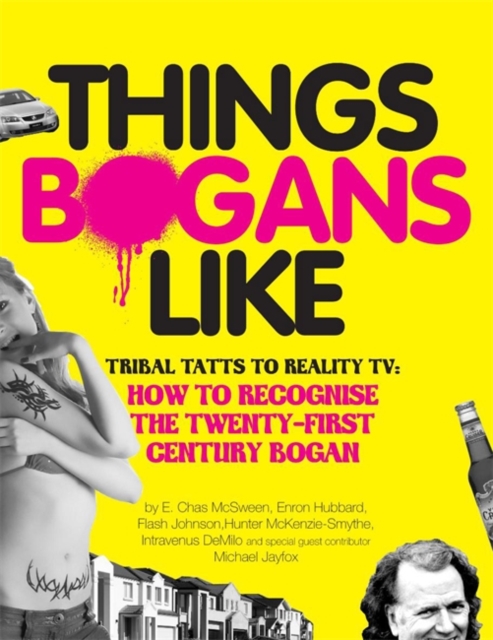 The word bogan has a bad rap; first impressions are still associated with flannelette, VB, utes and mullets.

But this would be wrong. The bogan has advanced and needs new explanation, evolution has cursed (or blessed, depending on your thinking) us with a modern version.

The bogan with money. The bogan with aspirations. The bogan with Ed Hardy t-shirts. The new bogan will not rest until it owns a plasma TV so large that Rove McManus becomes six feet tall for the first time. Today's bogan defies income, class, race, creed, gender, religion and logic.

Now the bogan is defined by what it does, what it says and, most importantly, what it buys.

Those who choose to deny the bogan on the basis of their stockbroking career or their massive trust fund choose not to see the real bogan.

Many bogans are affluent and perhaps are working in that same stockbroking firm and sharing a Corona with you over Friday night drinks.

They set themselves apart by their efforts to stand out by conforming as furiously, and conspicuously, as possible. The authors, six self-confessed snobs, have drawn on their friends, family, neighbours, workmates and that guy who always jumps the queue at the bar, to show the evolution of the 'much-loved' Australian bogan, their modern desires, and how we can either join them or mock them. This will be a groundbreaking sociological publication and, far more importantly, the perfect Christmas gift for anyone who has ever bought a Buddhist-themed water feature, Ed Hardy T-shirt or watched Today Tonight.