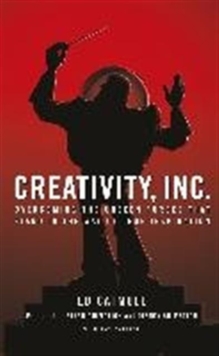 Creativity, Inc. : Overcoming the Unseen Forces That Stand in the Way of True Inspiration Paperback

As a young man, Ed Catmull had a dream: to make the world's first computer-animated movie.

Following a Ph.D. at the University of Utah, where many computer science pioneers got their start, Catmull secured a partnership with George Lucas which led indirectly to his founding Pixar with Steve Jobs and John Lasseter in 1986. Nine years later and against all odds, Toy Story was released, changing animation forever.

Since then, Pixar has dominated the world of animation scoring box-office records and twenty-seven Academy Awards with films such as Monsters Inc., Finding Nemo, The Incredibles, Up, WALL-E and, most recently, Inside Out.

The joy of the storytelling, inventive plots and emotional authenticity; you might say Pixar movies are emblematic of what creativity really is.

Creativity, Inc. is a book for managers and creatives alike. It is also the first all-access trip into the nerve centre of Pixar Animation Studios - into the story meetings, the post-mortems and the 'Braintrust' sessions where our favourite films are born. It is a book about how to creative and sustain a creative culture but it is also, as Ed Catmull writes, 'an expression of the ideas that I believe make the best in us possible.' 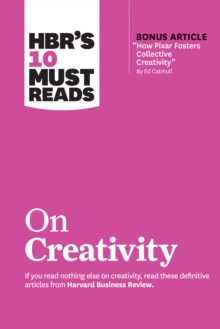 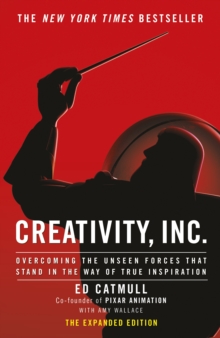 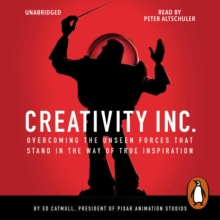