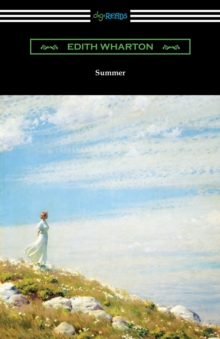 First published in 1917, “Summer” is one of only two novels by Edith Wharton not set in the upper-class society of New York. It is instead set in New England and was very controversial at the time it was published as it is the story of the sexual awakening of a young woman, named Charity Royall. Charity, the daughter of mountain moonshiners, was abandoned by her poor parents and adopted by her small town’s most learned person, Lawyer Royall. Charity is unsatisfied and restless and spends her days yearning for a more exciting and luxurious life outside of North Dormer. She falls for Lucius Harney, an educated young architect visiting North Dormer from the city. Charity and Lucius begin an affair, much to the disapproval of Mr. Royall and Charity’s relationship with her guardian becomes darker and more complicated. “Summer” is a thought-provoking and ambiguous story of a young girl coming to terms with her feelings and sexuality, as well as a commentary on the impossible standards that are often applied to women’s behavior. The war between freedom and repression in the environment of overwhelming social pressure of early 20th century America continues to resonant today. This edition is printed on premium acid-free paper.