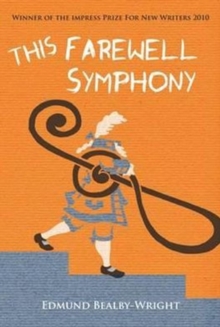 This intriguing debut novel, structured in movements like a classical symphony, follows a group of day-trippers on a tour of places significant to the life of court composer Haydn.

At its centre is widower Edward, travelling with his two young children in the hope of introducing them to music and bringing them closer to the memory of their late mother, a violinist.

As the day progresses the tourists begin to behave like courtiers - gossiping, flirting, and plotting.

A comedy of manias unfolds as Edward struggles to protect himself and his children from the strange behaviour and events around them, including the woman who believes she is the reincarnation of Mozart and the appearance of what others are convinced is a ghost.

This Farewell Symphony is the winner of the Impress Prize for New Writers, 2010