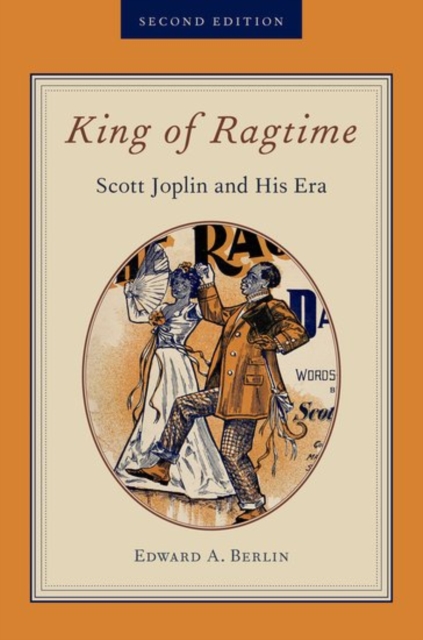 King of Ragtime : Scott Joplin and His Era Paperback / softback

When it was first published in 1994, King of Ragtime: Scott Joplin and his Era was widely heralded not only as the most thorough investigation of Scott Joplin's life and music, but also as a gripping read, almost a detective story.

This new and expanded edition-more than a third larger than the first-goes far beyond the original publication in uncovering new details of the composer's life and insights into his music.

It explores Joplin's early, pre-ragtimecareer as a quartet singer, a period of his life that was previously unknown.

The book also surveys the nature of ragtime before Joplin entered the ragtime scene and how he changed the style.

Author Edward A. Berlin offers insightful commentary on each of all of Joplin's works, showing his influence on other ragtime and non-ragtime composers.

He traces too Joplin's continued music studies late in life, and how these reflect his dedication to education and probably account for the radical changes that occur in his last few rags. And he puts new emphasis on Joplin's efforts in musical theater, bringing in early versions of his Ragtime Dance and its precedents.

Joplin's wife Freddie isshown to be a major inspiration to his opera Treemonisha, with her family background and values being reflected in that work.

Joplin's reputation faded in the 1920s-30s, but interest in his music slowly re-emerged in the 1940s and gradually built toward a spectacular revival in the 1970s, when majorbattles ensued for possession of rights.