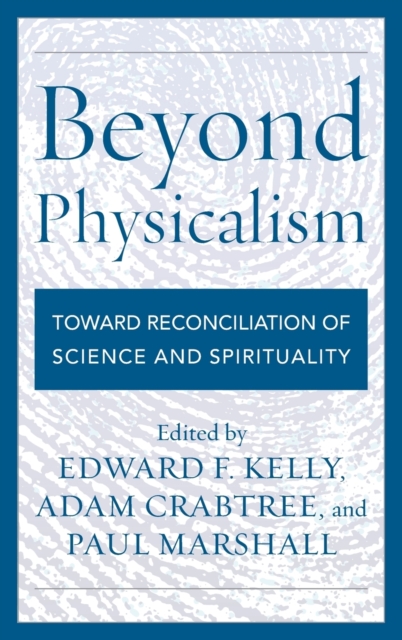 Beyond Physicalism : Toward Reconciliation of Science and Spirituality Hardback

The rise of modern science has brought with it increasing acceptance among intellectual elites of a worldview that conflicts sharply both with everyday human experience and with beliefs widely shared among the world's great cultural traditions.

Most contemporary scientists and philosophers believe that reality is at bottom purely physical, and that human beings are nothing more than extremely complicated biological machines.

On such views our everyday experiences of conscious decision-making, free will, and the self are illusory by-products of the grinding of our neural machinery.

It follows that mind and personality are necessarily extinguished at death, and that there exists no deeper transpersonal or spiritual reality of any sort. Beyond Physicalism is the product of an unusual fellowship of scientists and humanities scholars who dispute these views.

In this new theory-oriented companion volume they go further by attempting to understand how the world must be constituted in order that these "rogue" phenomena can occur.

Drawing upon empirical science, metaphysical philosophy, and the mystical traditions, the authors work toward an improved "big picture" of the general character of reality, one which strongly overlaps territory traditionally occupied by the world's institutional religions, and which attempts to reconcile science and spirituality by finding a middle path between the polarized fundamentalisms, religious and scientific, that have dominated recent public discourse. Contributions by: Harald Atmanspacher, Loriliai Biernacki, Bernard Carr, Wolfgang Fach, Michael Grosso, Michael Murphy, David E.