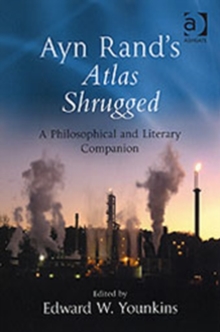 Since its publication in 1957 Atlas Shrugged, the philosophical and artistic climax of Ayn Rand's novels, has never been out of print and has received enormous critical attention becoming one of the most influential books ever published, impacting on a variety of disciplines including philosophy, literature, economics, business, and political science among others. More than a great novel, Atlas Shrugged is an abstract conceptual, and symbolic work that expounds a radical philosophy, presenting a view of man and man's relationship to existence and manifesting the essentials of an entire philosophical system - metaphysics, epistemology, politics and ethics. Celebrating the fiftieth year of Atlas Shrugged's publication, this companion is an exploration of this monumental work of literature.

Contributions have been specially commissioned from a diversity of eminent scholars who admire and have been influenced by the book, the included essays analyzing the novel's integrating elements of theme, plot and characterization from many perspectives and from various levels of meaning.