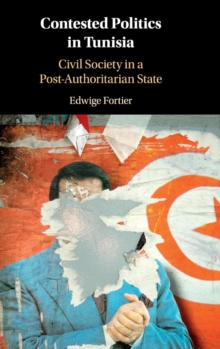 These organisations had different visions for a new Tunisia, and divisive issues such as the status of women, homosexuality, and human rights became highly contested.

For some actors, the transition from authoritarian rule allowed them to have a strong voice that was previously muted under the former regimes.

For others, the conflicts that emerged between the different groups brought new repressions and exclusions - this time not from the regime, but from 'civil society'.

Vulnerable populations and the organisations working with them soon found themselves operating on uncertain terrain, where providing support to marginalised and routinely criminalised communities brought unexpected challenges.

Here, Edwige Fortier explores this remarkable period of transformation and the effects of opening up public space in this way.