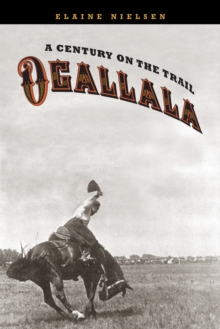 Ogallala : A Century on the Trail Paperback / softback

Founded in the late 1800s as the hub of the burgeoning plains cattle trade, Ogallala serves as a microcosm of western history.

The town typified western outposts of the age with cowboys-the knights-errant of the plains-ranchers, lawmen, Indians, dance hall girls, cardsharps, drifters, and adventure seekers, and was backdrop to some of the most rowdily lawless days in American history.

But as the heady period of grazing cattle on the public domain came to a close, a new era of deeded land, fences, and increased population changed the very heart of Ogallala.

Ogallala: A Century on the Trail details the fascinating history of a small town on the edge of the Nebraska Sandhills from 1823 to 1923 and cannily provides a lens through which we can examine the social, economic, environmental, political, and cultural development of the American West as a whole.